Some are very difficult to find, others are hidden from view. But there’s no doubt that clandestine bars of Madrid have diferent vibes. From hidden nightclubs to bars to eat spaghetti at 6 in the morning, from secret poker games to the best bartenders in the city. Step right up and see! 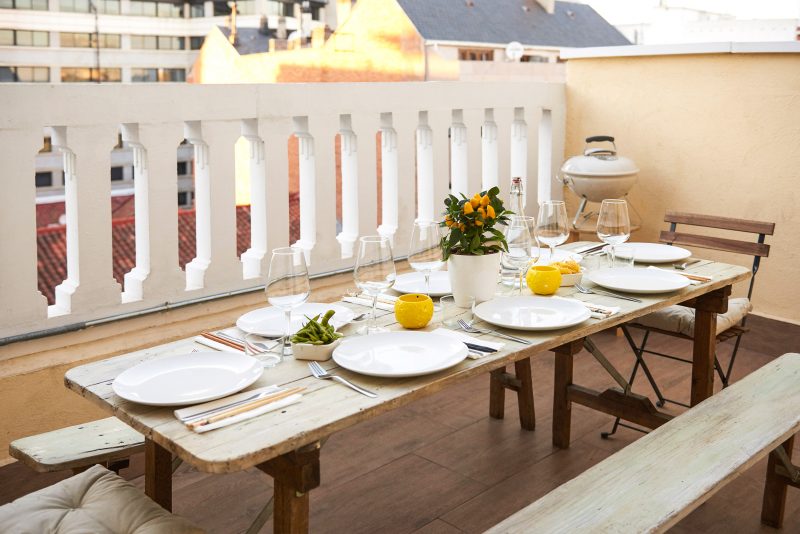 Cuks started organizing clandestine dinners in New York. Places chosen were parks, beaches, roofs, little busy streets… becoming a success. After taking advantage of their stay to train at the International Culinary Center in Asian cuisine, they have returned to Spain to develop their great idea. And their private terrace is in Ponzano, didn’t you? They also make themed dinners like Cluedo ones and every time they make more caterings. A new way to “ponzanear” with style.

If you knock on its door and say “he venido a comer” (I have come to eat), they’ll open their doors and you can enjoy a good “spaghetti” at 6 in the morning. Perfect for those who get hungry before the sun rises. There’re also “lentejas” (lentils), “callos” (casserole of veal tripe and cheeks) and “fabes con almejas” (beans with clams) although these dishes already seem a little heavies for those hours of the morning. But you won’t be alone. There’s probably someone playing a Beatles song on their piano while the customers make the choirs. One of the most mythical clandestine bars in Madrid. 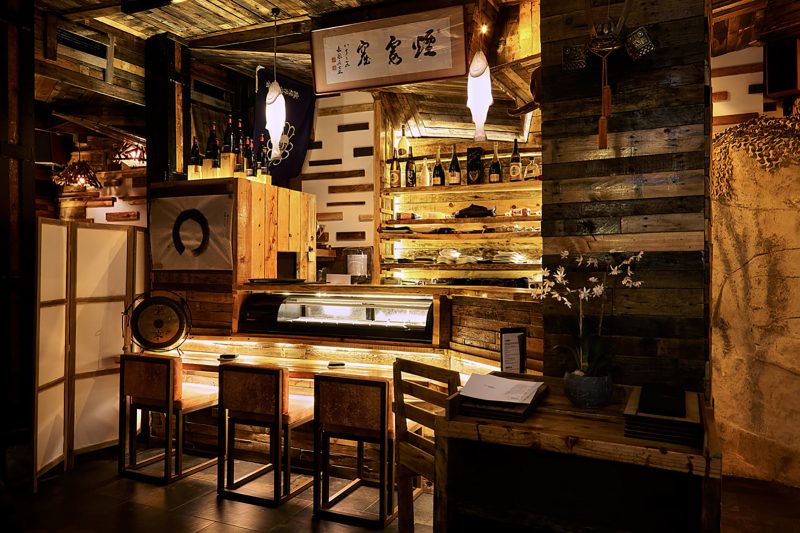 Above, an izakaya in Ronda de San Blas. It’s the place to try its tasting menu made with exceptional raw materials and difficult to find in Spain. But it’s in its Private Club, where only members access, where the concept “high Japanese gastronomy” reaches its maximum expression. I have never been able to go (I’m available to any member who invites me), but they’re wonderful. Alaska salmon, Wagyu steer (the real one), exclusive tastings … Not for all pockets, but the quality is indisputable. 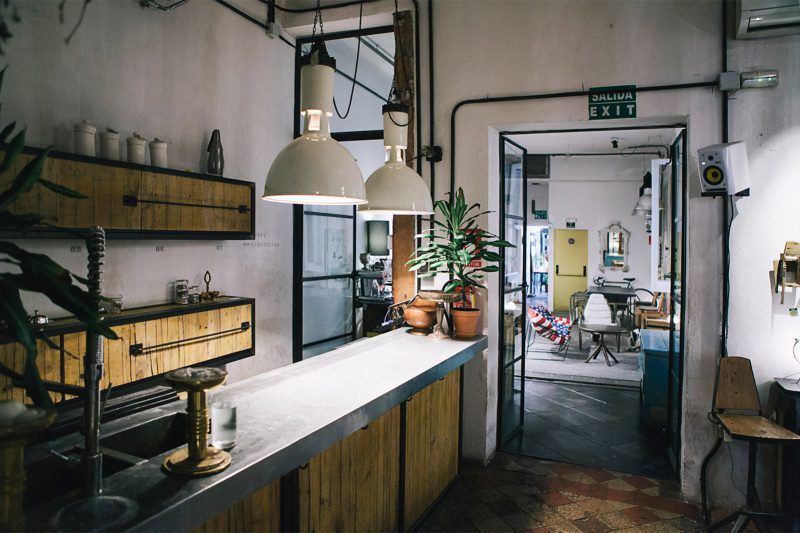 One of the first to host surprises behind the back door of the store. Although saying Kikekeller is a store is quite short, rather it’s a space for art. Metallic pieces of deco made by them are exposed a few meters from the workshop where they’re created. And there’re always interesting exhibitions of artists from the neighborhood. As if that were not enough, at the back there’s a small space for premium drinks. Pure Triball in one of the clandestine bars of Madrid. 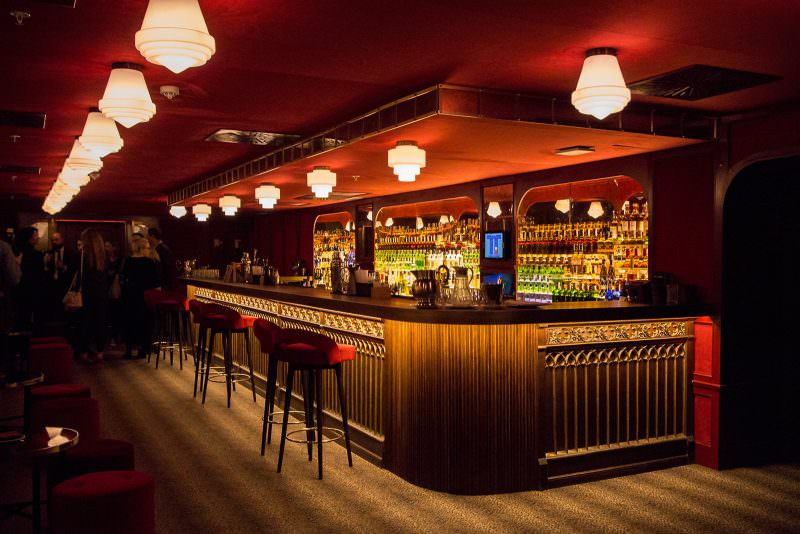 It complies with the maximum of a clandestine bar of the American Dry Law: enter through a secret door of another place. In this case a insipid door of the toilets of the restaurant Casa Suecia gives access to the paradise of the lovers of cocktails, one of the new clandestine bars of cool Madrid. But its ambiance, with its red sofas and a clandestine atmosphere is very top to take a cocktail in the Gran Via with a lot of style. 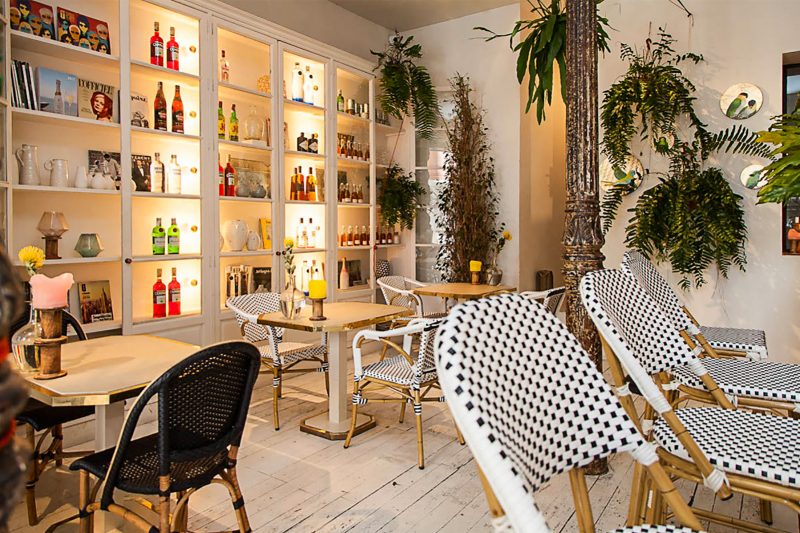 In this shop of the district of Salesas you can find the best natural cosmetics brought directly from Verona by its owner Piero. Also boho and tropical style decor, costume jewelery and women’s accessories. But I’ll tell you a secret: from 6 pm it becomes the best place to enjoy the Italian appetizer. Until midnight you can enjoy cocktails in one of its 6 tables surrounded by palm trees. The only one of the clandestine bars of Madrid that appears and disappears every day. 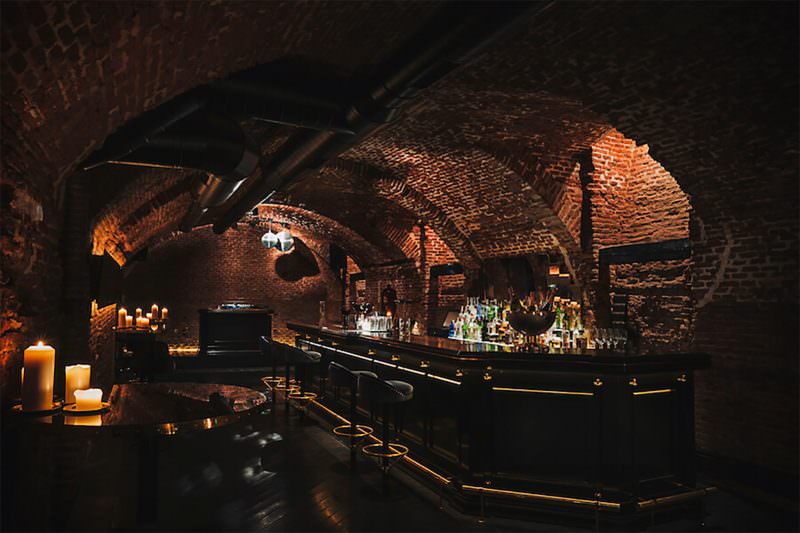 I have spoken to you on other occasions of Cannibal Raw and its wonderful raw menu. What I didn’t tell you is that in its basement is Club Clandestino. This vaulted space is open until 6am with cocktails, DJ’s and concerts. In addition you can also book for events and birthdays. Those who make history, but no one has to know. Of course, only those who know the password that is changed periodically every month.

In the basement of what was once Random and now is Fellina is Anónimo Club. A place with an air to clandestine bars and secret cocktails where you enter with password. Comfortable sofas and good music in Almagro. And if you don’t believe me, look for their toilets and you’ll give me the reason. Those who think that in Almagro all are crowded and unclassified places obviously don’t know this club, one of the clandestine bars of Madrid. You know: “what happens in Anónimo Club, stays in Anónimo Club” 😉 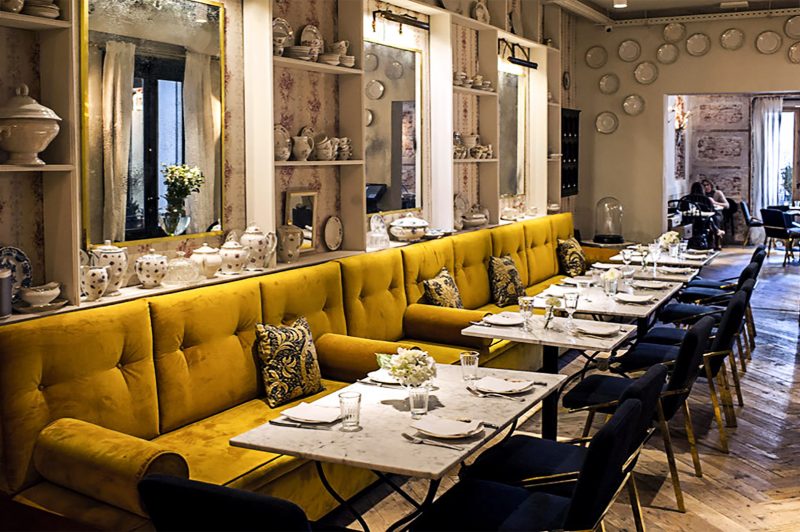 From the outside it seems a gourmet shop where to buy the products of its famous caterings, where the homemade foie is the protagonist. If that weren’t enough, on the top floor Cristina has created a small piece of Paris where she puts into practice everything she learned in Parisian Le Cordon Bleu. Kitchen is open all day long so you can try the five versions of its foie: black garlic, fig jam, smoked tea, Sichuan pepper or “the three wines”.

It’s defined as clandestine show club, or what is the same, a nightclub where clandestine shows take place. The façade of Medias Puri is a mere cover, since there’re few haberdasheries that open at midnight and close at 5 in the morning. Of the creators of The Hole show, in this place of Tirso de Molina there’re performances every 15 minutes. Entering is not free, but you can eat a “lobster roll” while listening funk and seeing a play of circus acrobatics.

As you can see, there’re not many clandestine bars in Madrid. No need to. Only those who know them can get to its door and what is the password to enter. One thing is true, at certain hours of the morning, knowing where they’re hiding is vital so the party doesn’t stop. Let’s have fun!

Translated by Story Of Madrid, the podcast about Madrid in English.